Commissioned by the Trenton Mural Arts Project and in partnership with Princeton University’s Atelier program, 2011

This was the inaugural mural for the Trenton Mural Arts Project. A citywide approach was taken, where 3 community meetings were setup around Trenton to talk about themes and ideas for the mural. The subject of past, present, and future was explored throughout these meetings, and became the theme. An historic panoramic photo of Trenton was rendered in charcoal across the cinderblock “windows” on the leftmost building of the Home Rubber factory, symbolizing the past. The Home Rubber factory’s boiler room will be the center of the mural, symbolizing the present. This imagery depicts the actual machinery inside the Home Rubber factory, a business in operation for 13o years. Through the red metal door is an image of the Trenton Makes Bridge over the Delaware. The industrial image will blends with the actual conduit on the building and transformer directly in front. The final section of the mural and the largest runs the entire length of the RiverLine walking platform. The image of water represents the future, which is full of uncertainty and promise. Water also recalls the canal that ran where Route 129 is now, and the Delaware River upon which Trenton is founded. The pylon of the Trenton Makes bridge is incorporated into the painting so that it melds with the actual brick tower at the end of the light work room. 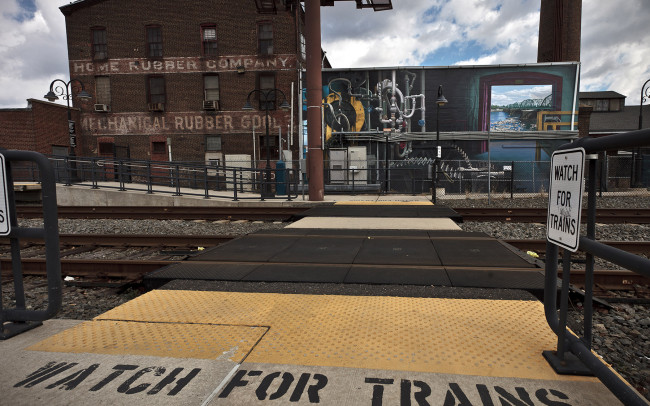 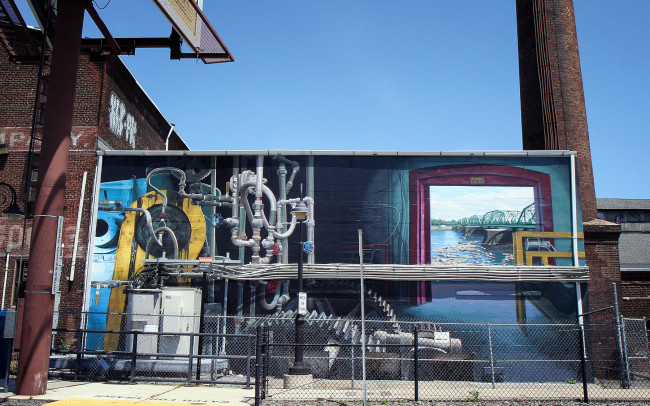 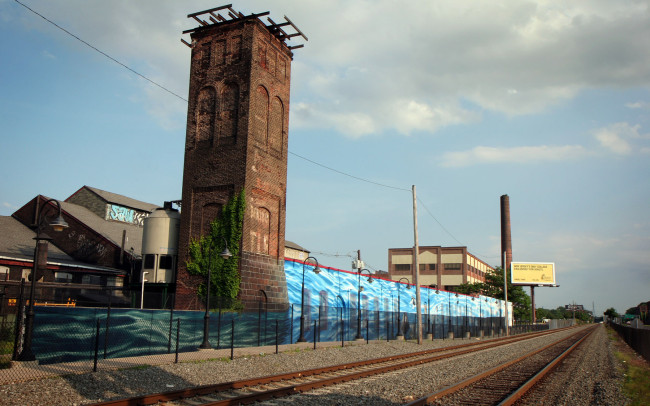 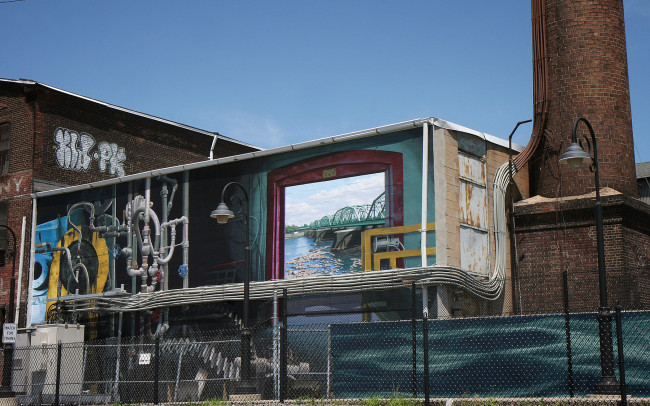 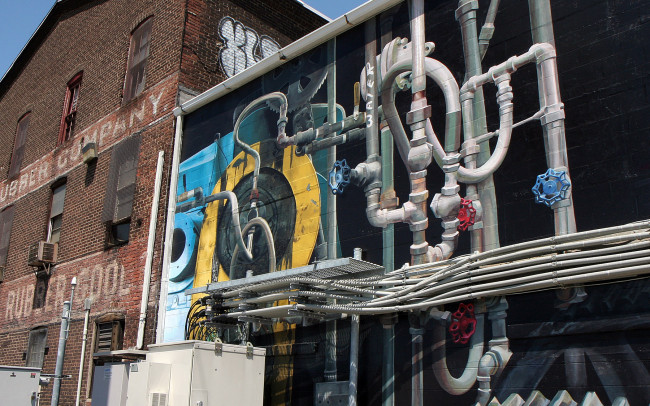 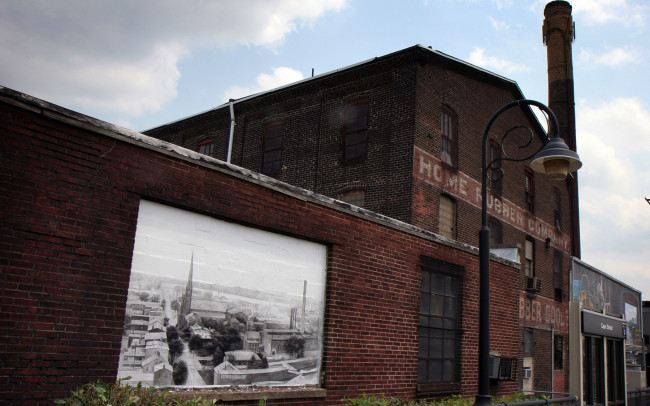 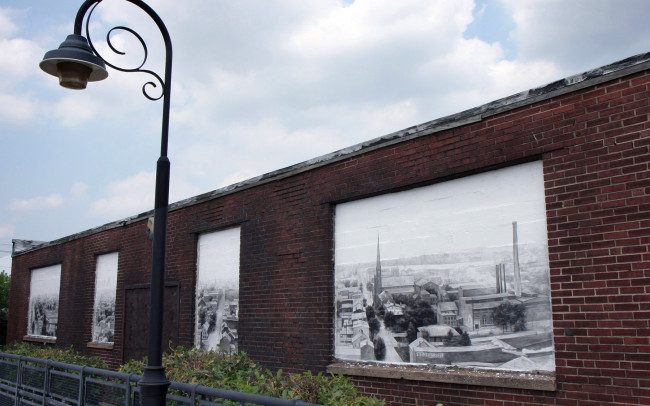 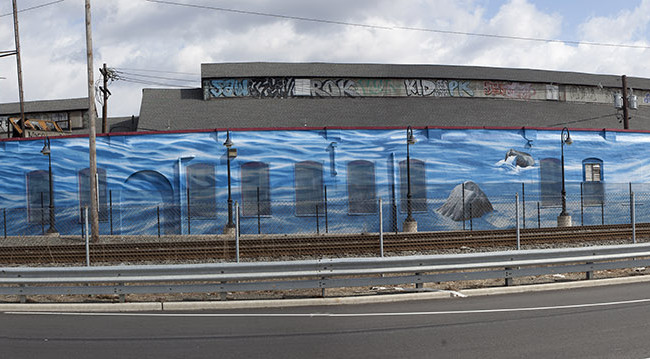